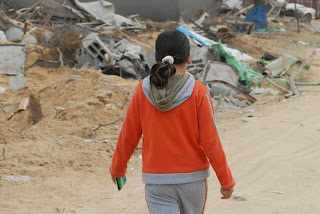 6 missiles hit save area of Al Buraij camp, Middle of the Gaza Strip today noon (terrifying voice) Recalling the scene of the WAR on ….. unhumanity

The 23 nights of war haven’t been forgotten form the Children memory, specially the children of camps. Consequently, I saw some children started running to get a save place in their home recalling back the same sound of missiles during the while of war (27 Dec. 2008). Ghdeer is a young girl (10 years old) living in Al Buraj Refugee Camp couldn’t control herself when she heard the sound of missiles, I found her dramatically confused. I directly pointed out the reason but I wanted to ask her WHY???!!!! . she immediately replied it was the GAZA WAR coming back again. I took her aside and started talking to her as I always like to here from children. She told me her own experience in the day and in the nights of the war. She narrated her experience as if it is a play and needed to be dramatized. acutely I am younger than her but I have become assured that those days will never be forgotten from the children memory. IT WILL NEVER!!!!!!!!

"All we aspire is the prevail of peace and security not killing and fear" Ghadder ended her speech with me and she has left me thinking of the great sin that those young kids committed to merit the way they treated. What they needed was to grow up safely and in happiness.

Palestinian Medical sources in the Gaza Strip reported Thursday that a 17-year-old girl was killed, and her 24-year-old brother was injured when the army fired an artillery shell at an area close to Juhr Ed Deek in Central Gaza.

The sources added that the shell directly hit the house of Abu Ayish.

The Israeli army claimed that Palestinian fighters fired several homemade shells, and that it is most likely that a Palestinian shell struck the house of Abu Ayish.

Meanwhile, Israeli online daily, Haaretz, said that according to Dr. Muawiya Hassanen, an official at the Palestinian Ministry of Health, 3-yeard-old child, and three other relatives of Abu Ayish were also wounded.

Hamas sources reported that the slain girl is actually a 3-year-old child.

Palestinian officials in Gaza denied the claims of the Israeli military and said that the fighters targeted the army with RPG shells, but the house which was struck by a shell leading to the civilian casualties, was completely destroyed, and an RPG shells cannot cause this kind of destruction.

THE DREAMS OF GAZA’S CHILDREN ….. A TRUE NARRATIVE 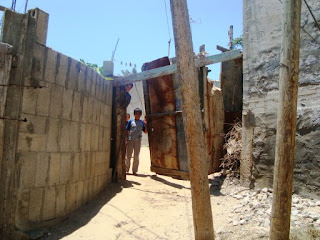 The family of Al Aqra’a is a fatherless family living in Dair Al Balah Refugee camp in the centre of the Strip. The long suffering of this particular family is representative of all living in these wretched camps. The situation of this family worsened a few years ago during a siege of as they lost their sole breadwinner and have been without any means of support since. 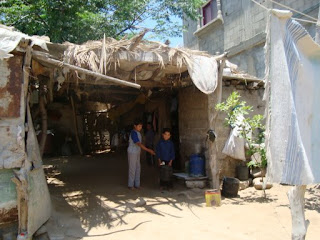 Ali Aqran, aged 9 , describes his living conditions as a living burial for him and his family. “We have been living under very harsh living conditions. As for me a 9 year old child what did I do wrong to be treated so cruelly”? The family of Ali consists of 5 people including the mother who struggling to get her siblings a decent life. They live in a structure that is not meant to be a home. The ‘house’ was built of different materials but does not include cement. The only concrete-roofed room was totally destroyed in the recent war on as this room was hit by a missile during one of the attacks. This room has become a room for the children’s pet cats, not suitable for humans. The rest of the ‘house’ is made of wood that is reinforced with broken asbestos sheets. It is unbearably hot during the summer months. The visitor’s room is sparely furnished with makeshift furniture of very poor quality. 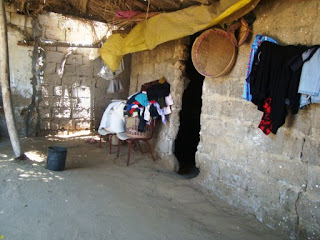 Most families that lost the main breadwinner of the family lost the emotional support as well. The responsibility of sustaining the family and the increasing demands, in these cases, falls on the shoulders of the mother. They mainly depend of on the charities and the assistance from others. 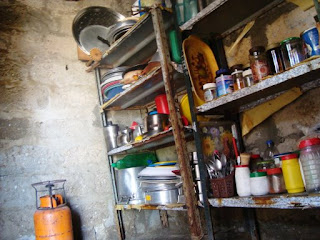 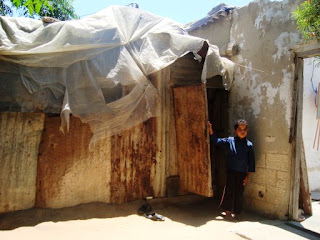 I asked Ali about his own personal childhood experiences during the recent war on . “we were passing through very critical condition during the time of war as we did not have any safe place any more.” He continued, “look! Look! Look! there is not strong roof that could protect us from the nearby Israeli fire and we were randomly targeted by the Israeli warships as we live near the sea”. Ali added that “we did not evacuate our house during the time day of the war as the UNRWA school shelters were faraway from our house so we kept close to each other. One day in the morning, dozens of shrapnel directly hit our house as well our neighbors and critically injured my friend Mohammed.” 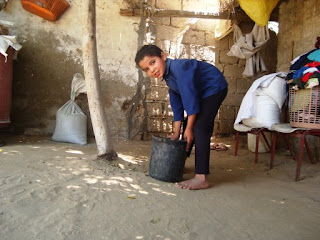 When I asked Ali how he usually spends his spare time, he took a deep breath and replied “I do have spare time to play, but I do not have a space to play. As we are fatherless children, I always try hard to help my mother in taking care of my young siblings and our house”. I regularly go to the nearby sea and spend time their with my friends playing on the beach and walking. Sometimes, when we hear a voice of the Israeli warship firing its leads toward the fishermen, we run back to our homes” added Ali. 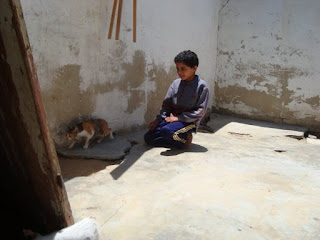 “I hope we could have spare time like any other young children in the world. I aspire as a Palestinian child to get my rights to play and to have fun like the rest of the world’s children. I hope that conflict, war, violence comes to an end and people live in a peaceful society. The nature of people should be the nature of freedom and security not the nature of killing, hatred, attack and destruction"

More photos from this narrative can be seen HERE

Posted by Ayman Qwaider at 07:54 No comments: