The Gaza Strip: still suffering from a 23-day war and the ongoing siege

The Strip: still suffering from a 23-day war and the ongoing siege 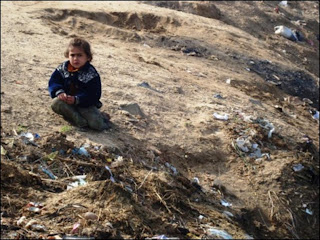 “I have no home left” – Deir Al Balah Refugees camp

, December 22, 2009 (Pal Telegraph) One year has passed since ’s cruel 23-day war on the 1.5 million people of the . 1,400 people were brutally killed and tens of thousands were seriously wounded. It was 23 days that violated Palestinian human rights and put justice further out of reach. It was a war that utilized ‘state of the art’ phosphorous missiles to achieve levels of suffering and destruction that had not been seen in a generation. Tens of thousands of Gazans were made homeless and schools and hospitals were directly targeted.

The horrific 23-day bombardment of finished last January. However, the siege of and the suffering of its people continue. While UN and NGO reports describe the bombardment of and its aftermath in the abstract, talking to ’s children provides an important reminder of the human side of the pain inflicted by .

Anas, a 9 year-old boy living in Bureij Refugees camp, narrated his own experience during the war.

"It was such an unbearable 23 nights of hell. Sometimes I had to hide forcibly staying under my mattress for almost 4 hours or more. I was terrified each time my father went to fetch bread for my family. My mother had to shout at my older brothers not to go outside our house so they wouldn’t be harmed by the continuing attacks. We were without electricity for up to five days at a time which made things even harder.”

“One day I woke up in complete shock, with my father’s voice shouting at us to close all the windows because an Israeli warplane fired a phosphorus missile that landed just by our home. My mother brought us pieces of cloth to cover our mouths so we didn’t breathe in the toxic chemicals.”

Research by the Gaza Community Mental Health Program shows that more than 70% of the Strip’s children remain traumatized and display symptoms of serious psychological difficulties. Understandably, Anas has found it difficult to adapt to life after the war.

He explained, “Recently I have had dreadful nightmares about the war. When I got back to my school in Bureij Refugees camp, I noticed the bad smell of gunpowder and missiles. I was really upset when I found out that five of my mates were killed and lots were gravely wounded”.

Like all of ’s children, Anas is also fearful of the future, “It would be catastrophic if the Israeli government launches another war on us. I keep dreaming of a calm future for me and for children of the Gaza Strip. I hope this bad experience will never happen again".

Diana, a 13 year-old girl, has also spoken about her experience fo the war.

“The war was very hard for our family because our house is made of asbestos. An Israeli missile hit our neighbor’s house and completely destroyed it. The shrapnel from the explosion was falling down around our house like rain and was flying around inside as well".

One year on, Diana has little hope for the future, and she does not look at her house as a place of safety and security. There are many children who have lost their houses and their source of comfort and security.

A war against humanity

During the military offensive, at least 280 schools and kindergartens were severely damaged, and 18 schools were destroyed. Six of the destroyed schools are in alone, affecting almost 9,000 students who had to relocate to other schools according to UNICEF, UNRWA. Furthermore, six university buildings were destroyed, and 16 were damaged. Because of the ongoing drastic siege on the strip, it has been hard to rebuild the damaged schools.

According to Dr Hasan Zeyada, a psychologist with GCMHP http://www.gcmhp.net/ ‘children are victims of aggression with all its forms; killings, injuries, imprisonments, loss, and economic & physical siege. The generations of Palestinian children have accumulated, through years of exposure to long term traumatic experiences, negative psychological and behavioral reactions that pose a significant threat to their psychological well-being. http://www.gcmhp.net/

The harrowing experience of the siege prevents the children of the Gaza Strip from having any kind of normal childhood. Children become more acquainted with the names of the dead rather than the names of games.

Anas and Diana are two examples of children whose only crime was being born Palestinian in the Gaza Strip. They hope and dream of a time when they can live in peace and stability with a right to their childhood. 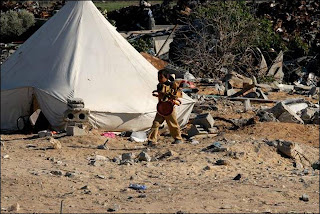 New house but made of fabric with no heating or real shelter. 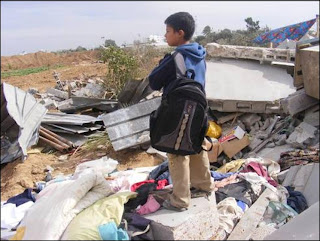 His bag remains, all that is left of his home. 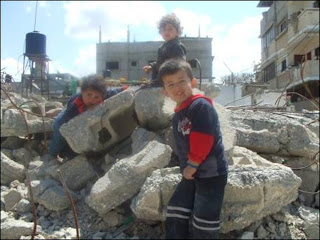 “Here is what we have to play with…destruction” – Nuserate Refugees Camp. 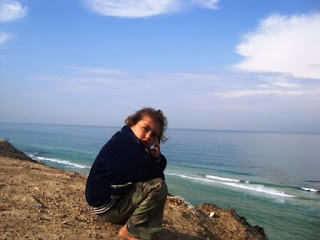 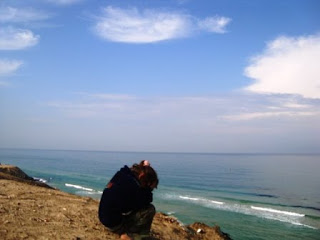 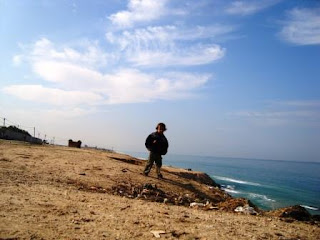 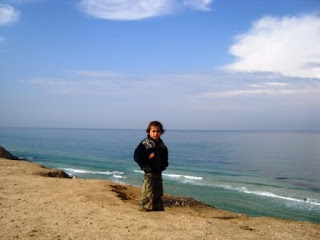 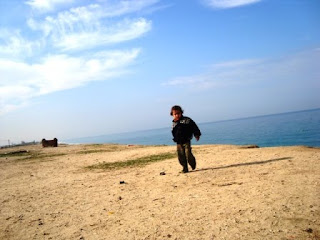 When celebrating Christmas, it would be a good idea to think about the birthplace of Jesus. What is like in the Holy Land under occupation, injustice and racism? How does Christmas feel when the Holy Land is under siege? .
Posted by Ayman Qwaider at 10:44 2 comments: