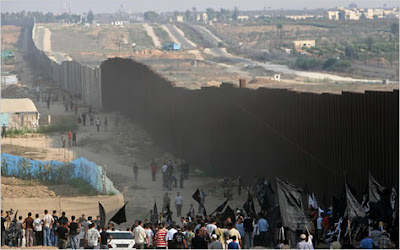 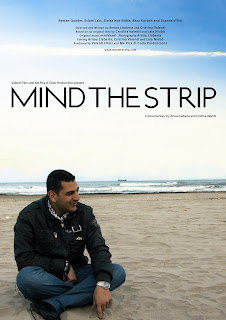 Firstly, humanity and human rights should be our prime concern as peace makers and peace caretakers. I was helped by people I have never met in my life when i was stuck in Gaza and was being prevented by Israel to go to Spain to complete my masters.   My newfound friends, who were different in colour, religion, nationality and language, assisted me without any pre-existing conditions. They initiated a media campaign to pressure public opinion so that Israel would allow me to leave Gaza, simply because we share the most important aspect of what can bring all peoples together and that is humanity.

When I asked them why they helped me, someone that they had never before met, they replied that they believed that what was happening to me was unjust and that they were in a position to help me and so they did what they felt was natural and right.  It is important to stress here is that humanity and a belief in universal justice can transcend all nations and all tribes.  At this point, I would like to bring to your attention an important verse from Sura al-Hujurat of the Quran which highlights this point:

O mankind! We created you from a single (pair) of a male and a female, and made you into nations and tribes, that ye may know each other (not that ye may despise (each other). Verily the most honoured of you in the sight of God is (he who is) the most righteous of you. And God has full knowledge and is well acquainted (with all things).

Secondly, we should never overlook or undermine our power as people to make significant changes in the world today. When I was stuck in Gaza and was struggling to leave Gaza for nearly two months, we did not give up. We created peaceful and powerful tools and strategies to put pressure on the Israeli state where we knew it would be most effective: public opinion. We were determined that our efforts would succeed, and that is first and foremost because we believed that we would succeed from the very beginning.

So, first and foremost the strategy was to affect the sphere of public opinion and second, we needed to find the proper tools and access points to achieve this goal.  Through our access to social media networks and local Catalan media and through another Spanish media contact in Jerusalem, we managed to reach the Spanish mainstream media that reported my story in the major Spanish media outlets, and it spread like a wildfire!   The major social media tools that we used included Facebook, Online Petitions and Twitter, however it wouldn’t have been successful had we not taken the effort to reach a more broad audience through traditional media outlets.  However we likely would not have been successful in reaching the mass media without firstly instigating the social media campaign.

Thirdly, we learned to never be afraid to demand your basic human rights because it is yours and no power on earth should deny you these rights.  These are not simply the rights outlined in the UN Charter or the Geneva Conventions, but God given rights, irrespective of any international organization or piece of paper that they are written on.

Fourthly, all human rights violations should be documented because it is the only way to raise awareness of these plights to a wider audience.  It is important that we stand beyond all deprived and vulnerable people. There are so many people on earth whom their voice is voiceless or they do not have the means to bring their voices to the attention of the world. Thus, it is our duty to help give them a louder voice.

And finally, in situations of injustice, never wait for others to assist you. We should always take the lead to change realities of unfairness and injustice. We should always utilize all possible means available to us in order to remove or contribute to removing injustice. Others will be convinced later and take the initiative and complete the path.

Watch Mind the Strip
Posted by Ayman Qwaider at 12:49 No comments:

Why do I Support the Welcome to Palestine FLYTILLA.

In 1947-48, the Palestinian people were subjected to an ethnic cleansing campaign at the hands of the Zionist forces. The number of Palestinians that experienced expulsion anduprooting during this period of time is estimated to be approximately 775,000. Over the past 64 years, while the Zionist policy of population transfer has continued at a slower and retracted pace, it still remains an extension of the pogroms that began in 1947. Currently, the Palestinians diaspora totals approximately five million. While many Palestinians live in cities across the world, including in North America, South America and Europe, there still remains millions of Palestinians living in abject poverty and horrible conditions in refugee camps across bordering ...

Posted by Ayman Qwaider at 17:41 No comments:

Palestine is the Anvil of our Souls: My New Blog

Palestine is the Anvil of our Souls

My name is Ayman Qwaider, a Palestinian from the Gaza Strip. I am 25 year old raised up and received my primary education in one of the Refugee camp where I live in El Nuserate refugee camp, middle of Gaza Strip. I finished my university degree from Islamic University of Gaza in 2008, then I worked for almost two years in International Humanitarian Aid organization based on the Gaza City. In Feb 2010, I was granted a scholarship in peace, conflict and development studies to complete my post graduate studies in Spain.

I started my blogging experience directly after the one-sided war on the Gaza Strip Winter 2008-2009. I launched my blog in order to contribute the mainstream media, which is often influenced by one narrative usually the Israeli narrative. I report so as I can reach a worldwide audience who seek the true facts on the group about the life under a military occupation.

I blog because I believe that audience worldwide has the right to receive information, stories, and news about what is happening in Palestine using alternative media sources. I believe that alternative media sources play a vital and effective role in countering the Israeli propaganda. This is not to declare that we are the winners, but we have to be alert that Israel spends over a $1 billion per year on public relations efforts compared with almost nothing that we spend. Though we do not have the money to influence the mainstream media and the politicians, we are able to reach the free voice of the people and we will continue to inform and mobilize the masses.

Posted by Ayman Qwaider at 17:17 No comments: