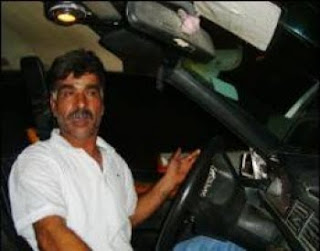 Gaza, August 24, 2009 (Pal Telegraph)- The holy month of Ramadan has come again, yet there is no progress in living conditions and the people of Gaza are being suffocated. Entering a taxi to catch a ride home after meeting a friend, a discussion between the driver and passengers caught my attention. Specifically, it was the following sentence: "The situation in the Gaza Strip needs a miracle."

It was just around a half-hour distance between Gaza and where I live, but the discussion taking place was serious. "I cannot bear the conditions in Gaza; I work from 8-to-8, but receive little money to feed my family. I try to do to my best to give them a decent life, but everything is in vain. I can see no progress in the horizon," said the taxi driver.

Wanting to know more, I entered the conversation by saying, "indeed, I was earning a living by working in Israel before the outbreak of the Intifada. Now everything is finished!!!" The driver added, "The siege suffocates us, in our home, in our living....in everything. Additionally, we have been turned into an independent but unproductive people. We are mainly dependent on the aid and food parcels that come from UNRWA and other associations from time-to-time."

Fadel Mosa, a taxi driver living in Al Maghzi refugee camp in the middle of the Gaza Strip, is the father of a family of six. Early in the morning every day, he gets in his rental car to gain a livelihood to feed his family. "I am 50 years old. Ten years of my life now went in vain." Fadel now gains just around 40 NIS ($14 USD) that could hardly meet the increasing daily demands of his family.

As we approached Al Nuseirat refugee camp, the discussion became more animated. The electricity of the camp had been turned off and the generators could be heard singing like that of a loud radio playing from a distant celebration. The sounds of generators, however, are no celebration. They are heard running because of the scheduled power outages due to a lack of fuel for the main power plant in Gaza. Fuel deliveries are limited and often prohibited by the Israelis.

Somberly, Fadel recollects that it is his camps turn for the power to be cut. "I don't want to go back home. The electricity is down and the weather is really hot in the summer season. The situation in Gaza does not exist in any other country in the world."

As we arrived in the main square of Al Nuseirat camp, the other passengers departed. In Al Nuseirat, people can buy and sell all sorts of things. Looking around, Fadel's eyes stopped on a vegetable cart. He queried, "How can I buy vegetables, but no oil to cook them?" Similar to that of fuel to run the power plant in Gaza, deliveries of cooking oil are often limited or prohibited by the Israelis.

Alas, it was my stop and the time spent with Fadel came to an end. With one last imparting thought Fadel said, "People are becoming more and more afraid of the unknown, of the future. Everyone outside Gaza should know what is going on here. The whole world should see!! All we need is our freedom; we need a better future for me and my children. We want a decent life. We want to live like other people".

The suffocation of the people in Gaza is not from the sweltering, summer heat. Rather, their suffocation is due to the illegal siege on Gaza, imposed by Israel and supported by the International Community. The unlawful siege effects the people in their daily life, causing dramatic pressures on every household that are exacerbated by an ever-increasing unemployment rate.

There is one shared dream among all living in Gaza-the opening of the four main border crossings linking Gaza with the rest of the world. Gazans during this Ramadan will be following the news moment-by-moment in hopes that their collective dream will come true.